It seems as if traffic accidents were just as likely to occur in late nineteenth-century London as they are in the modern capital, and that the roads were just as crowded. Moreover the image of the policeman directing the flow of vehicles – one we probably now associate with the 1950s and 60s – may be just as appropriate for the 1890s.

In early March 1890 Nathan, the first Baron de Rothschild, was being driven in brougham coach along Queen Victoria Street in the City. A policeman was holding the traffic and had his arm extended up, palm out to signal this. Lord Rothschild’s driver eased his horses to a halt to wait for the officer’s signal to continue.

Suddenly, and seemingly without warning, the coach was hit from behind by a hansom cab. One of the shafts of the cab broke through the brougham, narrowly missing its occupants. Rothschild was shaken, but unhurt. The baron stepped down from the damaged coach and approached the policeman. He handed him his card and said, possibly angrily:

‘These cabmen always drive furiously. Take my card and give it to the Inspector. It will be all right’.

The incident ended up with the cabbie, James Povey, being summoned before the alderman magistrate at Guildhall Police court where he was charged with ‘driving a hansom cab wantonly’. Povey pleaded ‘not guilty’ and one of his passenger that day, a gentleman named Palmer, was in court to support him.

Mr Palmer testified that the baron and his driver could not possibly have seen what happened as they were facing the wrong way. He said that Povey had tried to stop and it was entirely an accident, not ‘wanton’ or dangerous driving. The alderman agreed and dismissed the summons, adding that a claim for the damage to the brougham could be made in the civil courts. There was no need, Povey’s representative (a Mr Edmonds, solicitor for the Cab Union) explained, as that had already been settled.

Rothschild was an important figure in late nineteenth-century Britain, a banker and the financial backer of Cecil Rhodes, he was a noted philanthropist as well, helping fund housing (in the form of model dwellings) for poor Jews in Spitalfields and Whitechapel.

Rothschild sat in parliament for the Liberals, although he had been a close friend of the Conservative Prime Minster Benjamin Disraeli. By 1896 he was a peer, sitting in the Lords (as he had since 1885) an honour bestowed by that other great Victorian premier, William Gladstone. He then left the Liberals in 1886, joining forces with Joseph Chamberlain’s Liberal Unionists as the Liberal Party split over Home Rule for Ireland. He died in 1915 and the current baron, Jacob, is the 4th to hold the title. 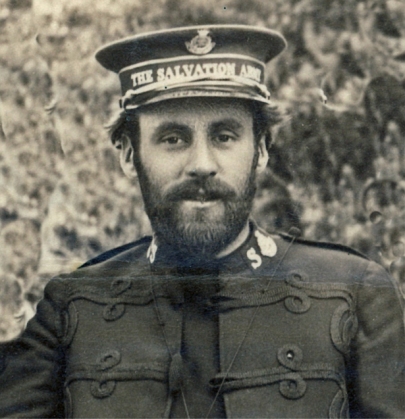 The Salvation Army was founded in 1865 but only adopted its current name in 1878, so in January 1884 (the subject of this week’s series of posts) it was still a fairly new organization. I’ve written about the ‘Army’ several times in this blog and elsewhere and I think it would be fair to say that in its infancy the Sally Army (and it is now affectionately known) was not as well-thought of as it is today.

As a deeply religious Protestant sect it attracted criticism from middle-of-the-road members of the established Church of England. This criticism (which was often sneering) from above was matched by ridicule and antagonism from ‘below’; members of the working class resented the temperance message the Army preached. Many others simply disliked the awful row they made when they marched through London playing brass instruments badly and singing hymns off key.

Some of this underlying resentment and  contempt can be seen in the prosecution of a letter carrier at Bow Street Police court towards the end of January 1884. William Hartley, employed in the Chelsea district of London, was brought before Mr Flowers accused of stealing a letter that contained a £5 note. Hartley, it was alleged, had stolen the money and used it to buy a Salvation Army uniform.

When the police traced the missing money and found a trail leading to Hartley he was arrested and held for questioning. He then wrote to the Army at its headquarters in Queen Victoria Street, saying he was attached to ‘211 Blood and Fire Division, Chelsea Detachment’. As a result both the detachment’s commander –a ‘Captain’ Isaac Anderson – and the Army’s solicitor – Mr Bennett – appeared in court also.

The reporter was amused that Bennett, a lawyer, appeared in the uniform of the Army rather than civil clothes and this theme ran through the Morning Post’s article. The lawyer said he regretted any association between the prisoner and the Army and suggested the man was an imposter. After all, he said, ‘any person could have a uniform by paying for it, if he liked to represent himself as a soldier’.

This drew a strong rebuke from the magistrate:

‘The country provides its soldiers with a uniform’ Mr Flowers told him, adding that he ‘didn’t see the use of a uniform, but I may be wrong. I think a man can be a Christian and march along without one, and all the better’.

While he said this ‘warmly’ it was met with applause in the court, indicating that many of those gathered shared his dim view of the Army’s obsession with dressing up and adopting a military outlook. That said it was clear to him that Hartley was guilty of stealing the bank note (and, as it was revealed a 20spostal order and since the theft was both serious (£5 in 1884 is about £300 today, 20 shillings equates to £65) and from her Majesty’s Post Office, he committed him to take his trial before a jury.

Today the Salvation Army has over 1.6 million members across the globe and does a great deal of worthwhile charity work. William Booth, the Army’s founder, wanted a more direct religion for the masses, feeling that the C of E was far too ‘middle class’ to appeal to ordinary people. I suppose the rise of evangelicalism  in the modern period is a reflection of this as well, the idea that Anglicanism is less about God and more about keeping up appearances and retaining social barriers (rather than  breaking them down).

As someone with no organized religion of my own I find them all equally strange but at the same time am happy when Christians (as the Sally Army’s legions of members are) actually practice what they preach rather than simply paying lip service to the sermon on the Mount by their occasional attendance at harvest festivals or carols at Christmas.  The Salvation Army may be odd but it is not full of hypocrites.

On Wednesday 27 October 1886 a man appeared in front of the alderman magistrate at the Mansion House Police Court to answer a summons. Mr B. A. Bird was a clerk employed by Messrs. Norman & Co. (Limited) of Queen Victoria Street.

The company either sold furniture or operated a loan scheme for those making hire purchases of large items. In July 1885 a City merchant named Gray (first initial ‘F’, possibly Frederick) had bought some furniture for £22 using the hire purchase service. He paid £3 deposit and agreed to make subsequent monthly payments of £1 until the whole sum was covered.

By June 1886 he had paid back £13 but had fallen into financial difficulty and fell into arrears. Anyone who has a mortgage or large credit card bills to service today will understand how this feels. By the 1880s debt was no longer something that was likely land you in debtor’s gaol but it still carried a stigma. In 1869 legislation restricted the amount of time one could be thrown in prison for debt to six weeks, and in 1883 the Bankruptcy Act further protected the person of those that couldn’t pay their debts.

Normans waited five months before they chose to recover the debt by other means. When no further payments were forthcoming they despatched Mr Bird and ‘some carmen’ [the Victorian equivalent of van drivers] to Gray’s business address.

There ‘they forcibly broke open the door, and removed the whole of the furniture in question, together with Mr Gray’s papers in the table-drawers, and a mat which did not belong to them’.

Regardless of whether they had a right to recover the debt or not Alderman deemed them to have acted unlawfully and excessively and sided with the complainant. He fined Bird £5 for the offence, and awarded £2 2s costs, plus an extra 5s 6d  for the damage to the lock they broke as they entered.

I know that in my own family history there was a Frederick Gray who we believe worked as a clerk and settled in West London. The family originated from Cambridgeshire, from the small village of Maney in the heart of the fens, and at some point in the mid 1800s one of them chose to travel down to London to look for work. Was this ‘F. Gray’ a relative of mine? From this distance it is hard to say and, of course, it is highly unlikely –  this man was a merchant not a humble clerk, and it is not an unusual surname after all. But for all that I feel a certain link to the past in this story a man who stood up to the bullying tactics of the debt collectors and won.