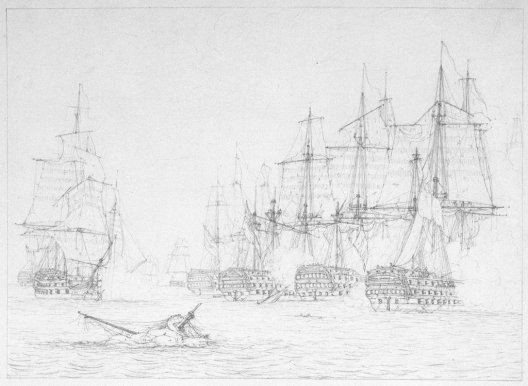 On Saturday 27 June 1840 the Mansion House Police court was held enthralled as a very old man told his life story in the hope that he would get some support form the City coffers. Isreal Furmen was 91 years of age – impressive in 2019 and even more so the mid nineteenth century – and he was down on his luck. He told the incumbent Lord Mayor of London that he was a native American Indian who had been living in Wales for several years after previously serving with the British Royal Navy.

He had to leave Wales, he said, because he have been implicated in ‘Frost’s treasonable outbreak’ (the Chartist rising in Newport) even though he claimed to have wanted nothing to do with and had been ‘compelled’ to join the rebellion. The Newport Rising in November 1839 had ended in the death of 22 or more Chartists as they attempted to seize the Westgate Hotel in Newport and were fired on by troops stationed there.

The rising was organized and led by John Frost but was probably doomed to fail. Rumours of the rising had alerted the authorities and many of those involved had mixed feelings about the revolt. Chartism itself was divided on the merits of using ‘physical force’ to achieve its laudable aims of enfranchising all men and introducing (amongst other things) a secret ballot to the voting process.

John Frost was one of several Chartists arrested and sentenced to death as traitors after the rising but was spared and sent to Australia. He was pardoned in 1856 and returned to Britain. He died in 1877 at the ripe old age of 93.

His fellow nonagenarian, Israel Furmen now told the Lord Mayor he had first gone to Bristol then travelled up to the capital. On arrival in London he’d applied to the Whitechapel parish for relief but had been set to ‘break stones at a penny a ton’. Despite his age he’d had a go but because he was slow they cut his pay. He only wanted to get back to America and his people. He then outlined his life story in the hope that the Lord Mayor help him. His story was quite amazing.

Furmen claimed to be the son of an India chief and to have been apprenticed to a blacksmith in Philadelphia when he was 15 (in 1764). In 1776 he had fought against the British in the American War of Independence, but had later switched sides to fight the rebels. After the war he’d gone to Europe and visited France and Spain. He said he was in Paris and saw Louis XVI being guillotined.

He signed up as a sailor for the Americans and served aboard a brig named Pelly where he was later capture by the British and pressed into the Royal Navy.  That was in 1794 and he served until 1816. This meant, he explained, that he had been on board the Bellerophon at Trafalgar under captain John Cooke, who died bravely in the encounter, one of 27 men of that ship that died that day.  However, the Bellerophon is probably most famous for being the naval vessel that took the formal surrender of Napoleon after his defeat at Waterloo. If Furmen’s account is to be believed he was present at that key moment in history as well.

Not only was he present at Trafalgar (where he was badly wounded) Furmen also said he had served at the battle of Copenhagen and at Flushing, and had been in the same sick bay at Lord Nelson. This then was a man with a knack for being in the right (or perhaps wrong) place to see history unfold before his eyes. He had been captured twice by the French but had escaped and finally ‘retired’ to Wales to live out the rest of his days in peace. That was until John Frost and his Chartist rebels decided to coopt him into their ranks of course.

He said his Indian tribe was ‘very long-lived’ and (as proof) added that just 10 years earlier he had received a letter from his father, who was still alive. He was also very strong and proved this in court by performing ‘several difficult feats of agility, to the surprise of all present’.

In 1840 the Morning Chronicle reported this case without comment or embellishment but can we take the facts at face value? It is entirely possible that a man born in 1749 could have witnessed history at such first had as he claimed, but is it probable? I expect that is what the Lord Mayor had to decide. The Bucks Herald added that Furmen was accompanied by his wife (39) and their three-year-old child.

In none of the papers could I find the outcome to this case but I imagine that Furmen’s story (real or imagined) was such a rich and compelling one that someone reading it would have paid him for the rights to publish it in full. If so then even if the City didn’t find it in their hearts or pockets to pay his passage back to the USA some speculative London printer would have.

P.s A man named Isreal Furmen was indeed implicated in the Newport Rising and appears in the records at Newport Reference Library. He is also mentioned in a treatise on longevity published by John Charles Hall in 1841. I can’t find a crew list for the Bellerphon in 1805 or 1815 but perhaps others can?

Drew’s new book (co-authored by Andy Wise) is published by Amberley Books. It is a new study of the Whitechapel murders of 1888 which offers up a new suspect, links the ‘Jack the Ripper’ killings to the unsolved ‘Thames Torso’ crimes, and provides the reader with important contextual history of Victorian London. The book is available on Amazon here