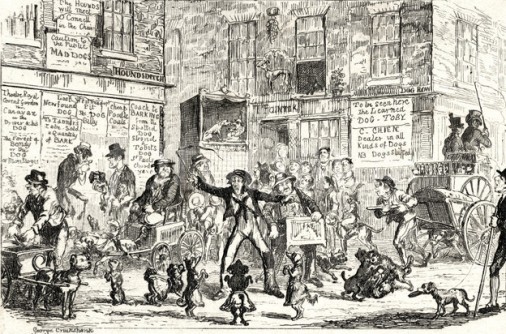 One of my favorite possessions is a 1961 edition of Eric Partridge’s Dictionary of the Underworld (1949) that has the wonderful subtitle:

Being the Vocabularies of Crooks, Criminals  Racketeers, Beggars and Tramps, Convicts, The Commercial Underworld, The Drug Trade, The White Slave Traffic,  and Spivs.

It catalogues both British and American slang terms for all sorts of criminal activities from an A C coat (one that has many pockets to hide stuff in) to ‘zombie’ (a less than affectionate term for police women, which arose in the 1950s).

One phrase I’ve always liked is ‘going snowing’, which refers to the deliberate theft of linen from a washing line. In December 1870 that is what brought two teenagers before the magistrate at Southwark Police court, who sentenced them spend Christmas and the New Year behind bars.

PC George Stent (186M) was on duty in Rockingham Street at about 10 in the evening of the 14 December when he heard a noise. It seemed to have come from an entrance which led to Messrs. Ned and Hunter’s workshop so the alert constable went off to investigate.  As he walked through the gateway he saw a wagon and a young lad balancing himself of the wheel. Underneath he noticed another boy who was now trying to hide.

The bobby tugged the lad down and hauled the other one from under the vehicle. There had been a spate of robberies in the vicinity and he suspected he might have discovered the cause. A quick look under the wagon revealed a stash of linen that the lads had been stowing away having filched it from a nearby garden.

Using the powers he had under the Vagrancy Act (1824) he arrested them both on suspicion and took them into custody to be questioned further.  While the boys were locked up at the police station he returned to the scene with a pair of their boots and compared it to footprints in the garden where washing had been drying. They fitted exactly and the two were formally charged with theft.

Their final examination before the courts took place on the 23 December 1870 and Mr Partridge (the ‘beak’) decided against letting them take their chances with a jury. He used the vagrancy act to send John Turner and John Smith (both lads of 17 years) to prison with hard labour for three months.