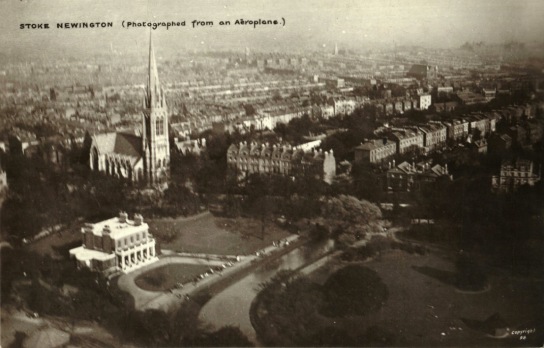 In early September 1887 William Parker (an 18 year-old box maker) and James Hall (also 18 and described as a boot maker), appeared at the Worship Street Police court accused of breaking and entering.

The pair, both Bethnal Green lads, had strayed west, targeting three different properties in Stoke Newington. They’d been picked up by police from N Division (which covered Islington and included Stoke Newington) with a bag that contained ‘housebreaking implements’ and their lodgings in Hackney and Globe Street, Bethnal Green were raided.

Sergeant Helson and his colleagues Sergeant May explained that they had arrested the pair on suspicion that they were involved with burglaries at the homes of a Mr Cameron (at 102 Clarence Road), Mr Mears (62 Bentham Road) and Ernest Beckman (a commission agent who lived at 82 Rectory Road).

Mrs Beckman testified that she’d left her home at 3 in the afternoon on Saturday 20 August and came back and hour and half later to find that the front door had been forced open. The dining room had been left in a terrible state, and upstairs in the bedroom her jewelry box was lying open and empty.

She said she had lost ‘£5 in gold, a gold watch and chain, a gold ring, two pairs of earrings, two brooches, and a pair of solitaires’.

The solitaires were found on Hall’s person when the police arrested him and a witness testified to seeing him loitering outside the property earlier that day. Sergeant Helson told the magistrate (Mr Hannay) that the area had suffered a great deal from break-ins recently and requested that the men be committed for trial. Mr Hannay obliged and both men were tried at the next quarter sessions. Hall was convicted and sent to Pentonville prison for 15 months, Parker got an extra three months.

In Charles Booth’s 1888-90 poverty maps Rectory Road (where the Beckmans lived) is solidly red in colour, marking it out as ‘comfortable’. Rectory Road had ‘many old houses’ Booth reports, with ‘old fashioned wooden palings round the front gardens’. Several were semi-detached and rents were £45 (around  £,650 today). There were shops on Rectory Road’s west side and at the corner with Amhurst Road there was a large red brick building ‘with a  boy in buttons at the entrance’. This was the ‘Amhurst Club’ which charged a 2 guineas a year subscription. I have to check this but I believe this might be the site of the Regency Club (at 240a Amhurst Road) – popular with the Kray twins in the 1960s (below right). 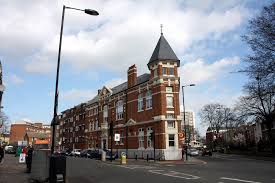 However, I can’t find a Bentham or Clarence in the near vicinity so perhaps those break-ins occurred further east, in Hackney (where  there is a Bentham Road). In the notebook covering the wider area Booth mentions Clarence Road (and Terrace) as a street where the houses have workshops ‘in their back gardens’; he coloured these purple moving to light-blue as it reached Clarence Terrace. One wonders what Hall and Parker could find to steal here but if they came out of worse conditions in the East End perhaps even slim pickings were worth stealing.

I’ll look in more detail at the area around Rectory Road in the next post.