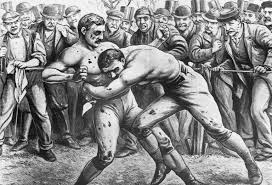 Police constables Rudkin (696Y) and Mitchell (467Y) had got a tip off that an illegal prize fight was happening on their patch, which covered the area around Alexandra Palace in north London. So, on the morning of Sunday 18 November 1883 they hurried off to investigate.

As the officers were coming along a public footpath from Muswell Hill to Mr Cotton’s fields they saw a lot of male heads gathered in a large circle and the sounds of ‘blows and scuffling’. They were close to a railway bridge and some observers had stationed themselves up their to get a better view of proceedings.

This also allowed several people to see the approaching policemen and the cry went up:

‘Look out! here’s the police!’

The crowd scattered in all directions with the two bobbies in pursuit. PC Mitchell saw one of the men that had been fighting and chased him into a field, catching him up and arresting him. His name was William Rearden and he was stripped to waist and wearing only ‘slippers’ on his feet. The other boxer managed to get away so the coppers had to be satisfied with breaking up the fight and the capture of just one of the fighters. 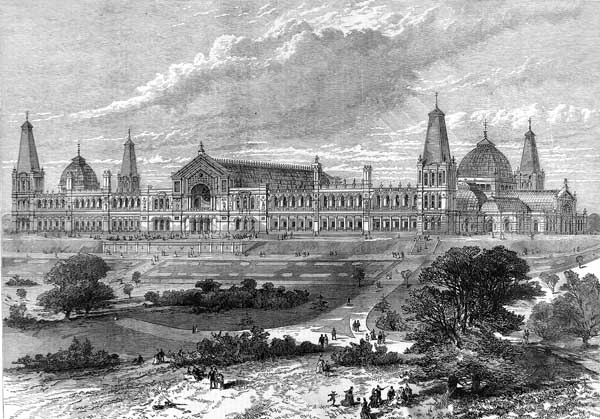 Rearden could hardly deny being in a fight. He was bleeding from his mouth and ears and there was a large and recent bruise developing on his chest. This was bare-knuckle boxing, not a fight sanctioned by the Queensbury rules.

Rearden was adamant that he’d done nothing wrong. When captured he surrendered immediately and promised to ‘go quietly’ to the police station. He insisted it was just a fight to settle a dispute he had with his adversary, no ‘prize’ was involved. The police had found no evidence of a ‘professional’ fight: no ring, no gloves or seconds and of course, no second fighter was in custody.

In the end the case came before Mr Bodkin at the Highgate Police court. Rearden told the magistrate that he was an ex-soldier who had served in Egypt and South Africa, He’d been decorated for his service and proudly wore his medal ribbons in court.  He was able to produce a certificate of his service and good character and was still on the Army Reserve list.

Moreover, he was in work, as a bricklayer, and he had no record of being in trouble with the law previously. All this counted in his favour and persuaded the justice that a ticking off would suffice. Fighting in public was unlawful Mr Bodkin told him but in light of his record he would merely bind him over to keep the peace for six months. Having agreed to enter into recognizances of £20 Rearden (known as ‘Roberts’ in the Army) was released to his friends.