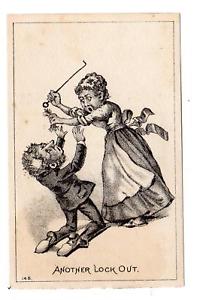 Isaac Jones was a violent man when he was in his cups. He had that in common with very many in nineteenth-century London and his poor wife and family suffered for it.

On the 21 July 1860 he’d come home late, drunk as he often was, and belligerent with it. His wife and he had the usual exchange of words and a fight broke out. The exact details are not clear but at some point Isaac lunged for his wife Jane who, fearing for her life, grabbed the nearest weapon she could and defended herself.

She selected a poker but she might have easily picked up an iron, a saucepan or a rolling pin; when women fought with their menfolk it was often one of these they used (or had used against them). The poker connected with Isaac’s leg and he slipped and fell, unable to maintain his balance as he was so drunk after the evening’s excesses.

He cried out and his groans brought a policeman to the door of the house. PC 256M came into the room and found Isaac on his side his leg bent horribly under him and ‘the bone of the fractured limb protruding through the skin’. A cab was called and the injured man was ferried to Guy’s Hospital where his leg was amputated. Since it seemed evident that Jane was to blame she was arrested and taken into custody.

Events unfolded with some inevitability given the state both of Isaac’s general health (he was an elderly man with a drink problem) and Victorian medicine. The local magistracy were informed that the old man was dying so went to see him in hospital to ascertain who was responsible for his condition. Jane went along as well and he kissed her warmly saying ‘that it was the last time’.

Isaac was too ill to say anything else, and did not condemn his wife in the presence of the justices. He died a day later and so Jane was taken before Mr Maude at Southwark Police court accused of causing his death by striking him with the poker.

An inquest had concluded that he had died from the injury but ‘there was nothing to show how it was done’. Isaac’s daughter (also named Jane) gave evidence of the row and the fight but said she’d not seen her mother hit her father with the poker, adding that she’d told her she had not. She elaborated on the fight saying that Isaac had a knife and was threatening her mother with it.

Mr Maude heard a report form the surgeon at Guy’s which was pretty clear that the leg was broken by an impact injury not a fall but he was trying to find a way to clear Mrs Jones if at all possible. Isaac Jones had been a wife beater, she was a domestic abuse survivor and, on this occasion, the tables had turned on the old man. There was clear evidence that Jane had been defending herself and that the attack – if attack there was – had been spontaneous not premeditated.

There was also sufficient doubt over the exact cause of death to give Jane the benefit of the doubt. It is unlikely that a jury would have convicted her anyway and she was evidently remorseful at the death of her husband, however bad a man he was. It would do no one any good to see her go to trial much less go to prison so Mr Maude commented that it was ‘a very painful case’ but he would detain her on longer; she was free to go.

Mrs Jones, who had ben allowed to sit the clerk’s table instead of occupying the dock wept throughout the examination but was helped to her feet and led out of court on her daughter’s arm.