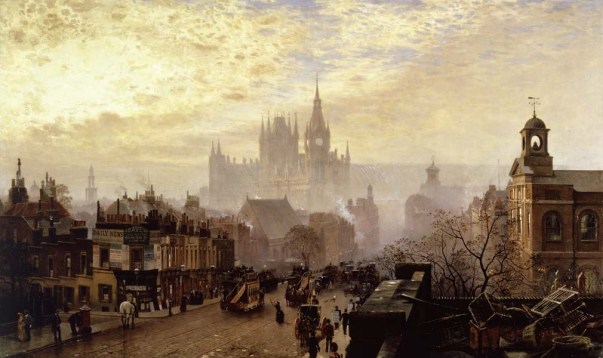 When PC Baylis (442G) and his fellow constable (PC Apps) were called to a disturbance in the Pentonville Road they got a little more than they bargained for. When they arrived it was to see a man standing on the roof of number 196 pulling up the coping bricks and stacking them in a pile, presumably so he could use them as missiles.

They entered the house and got on to the roof to confront him.  As soon as the man noticed the police he started chucking bricks at them. One struck Baylis on the side of the helmet but fortunately he wasn’t hurt. He did knock him over though and both officers were fortunate that they didn’t lose their footing and tumble to the street below.

It was a difficult situation and it was made more so by the low level of light available at 9.30 in the evening, even if it was the middle of the year. The man, later identified as a Norwegian sailor, spoke little or no English and seemed terrified as well as belligerent. A stand off ensued until a local man took things into his own hands. A volunteer soldier named Smith produced a rifle and fired a blank round up into the air. Thinking he might be shot the sailor calmed down and surrendered to the officers who took him into custody with the aid of a ladder.

Next morning he gave his name as Edwin Odin, a 20 year-old sailor who had recently arrived in London on a ship. With the help of a translator he explained that he had running away from some sailors in East London who wanted to hurt him or worse, and he’d taken refuge on the roof of the building (a bedding factory). When the police had appeared he panicked thinking they were his pursuers, which is why he attacked them.

Mr Horace Smith presiding, seemed to accept this excuse but suggested that the sooner he return to Norway the better it would be for all concerned.