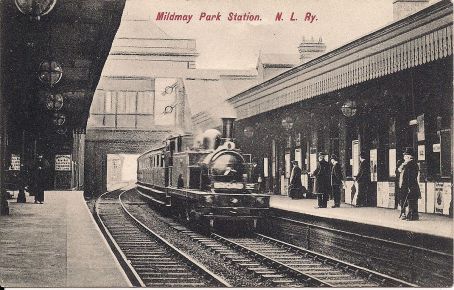 April 1889 must have been a hard month for those living in London. The 1880s were a period of economic slump, if not a full-blown depression, and unemployment, homelessness and poverty were all rife. A year today I wrote up the story of a young woman that arrived from India, penniless and in need of kind advice and support, who got little of either from the Westminster magistrate. In the same set of daily reports from the Police courts two more tales of personal distress and tragedy caught my eye today.

Mr Bros was the sitting magistrate at Dalston Police court in northeast London when George King was brought before him. King was a 48 year-old stonemason but he was out of work. He’d lost his wife some years ago and was attempting to support his family on his own. Recently however, the state of trade meant he’d little or no money coming in and his sons and daughters were going hungry.

At some point in the spring it all became too much for George and he decided to end his own life. He swallowed a quantity of oxalic acid (used to bring a shine to marble, so something he’d have used in his work) and almost died. Fortunately oxalic acid is one of the least toxic of acids and while it causes considerable harm (notably to the kidneys) its misuse is survivable.

George King did survive but was later arrested and charged with attempting to take his own life. Mr Bros said he was inclined to make an example of the stonemason since ‘such cases were too frequent’ but thought better of it. Taking the circumstances of his plight into consideration he bound him over on his own recognizes (of £5) to never try to do such a thing again.

If George King’s story was a narrowly tragedy avoided then Thomas Burrows was equally distressing. Thomas was only 14 years of age when he attempted to kill himself by lying on the tracks of the North London Railway. At midday on the 10 April Thomas had been seen jumping ‘excitedly’ off the platform at Mildmay Park station onto the tracks below. Observers rushed to pull him up and a constable was called to take him home to his parents. He was later summoned before Mr Bros at Dalston.

The magistrate asked him if he knew it ‘was an extremely wicked thing to attempt to take your life?’  ‘Yes, sir’, Thomas replied meekly.

The boy’s father explained that he understood that the lad had had a ‘tiff’ with his sister. It was something minor, involving carrying home a basket of work in the rain, but it had upset the boy and he had taken this drastic course of action. Normally Thomas was ‘a very good boy, and was fond of his home and of his brothers and sisters’. This had been out of character and he was sure it would never be repeated.

Mr Bros was shocked but also recognized that it was a ‘one off’. Indeed, he said he was almost inclined to laugh’ had there not been ‘such a serious aspect to the case’. He decided to reserve judgment but released Thomas to his father’s care and set bail  (set at £5 again) to ensure the pair returned again to hear what the court decided.

Both these cases are revealing of a society where mental health care was nothing like as advanced as it is today. The attitude of the courts was to punish those that struggled with their personal demons not to support them. Nor was their the state support for men like King who wanted to work but couldn’t; he had at least four other mouths to feed and the only recourse he had was the workhouse (where he’d most likely lose his children altogether).

We are understandably concerned about the mental health of our children in today’s multi-media society where they are exposed to all sorts of challenges on a daily basis. It is often suggested that mental health problems amongst teenagers are more widespread than ever before. This may be true but cases like Thomas’ suggest that such problems existed in the past, but were treated very differently or simply not recognized at all.