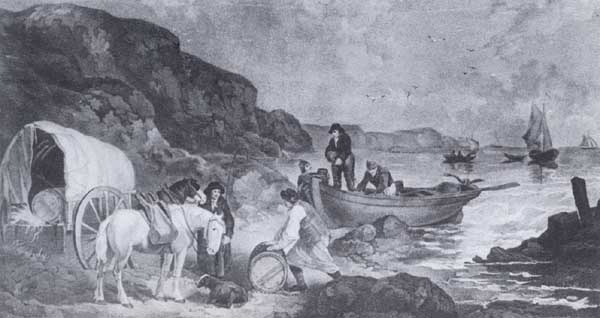 Readers last week will hopefully remember that I left you on a cliffhanger as we waited to see what would happen to a man that confessed to a murder carried out 18 years previously. John Lane had walked into a police station and admitted having been involved in the murder of a coast guard at Eastbourne in 1832. The magistrate at Marylebone had remanded in custody for a week so S Division’s finest could see what information they could discover about Lane, his confession, and his mental state.

On Tuesday 22 January 1850 he was back in court before Mr Broughton and the newspaper reporter rehashed the story with a few additions. It seems that in 1842 Lane had traveled to Brighton to seek out Lt. Hall (the officer in charge of the investigation into the smuggling case he claimed to be involved in). He never found him and that was why he’d gone back to ground.

As he stood in the dock a second time to hear the details of the case restated Lane looked miserable. He ‘seemed in a very low and desponding state’ the report continued, ‘and the impression upon most of those in court was that his intellects were impaired’.

Two men from the customs appeared and asked lots of questions of Lane but he wasn’t able to provide them with kind of detail for the events he had originally described. They, and a religious man in attendance, (described as ‘a missionary’) were of the ‘opinion that the man was not sane’.

Mr Broughton concurred and said that given the rambling nature of his confession and the failure of anyone to reveal any details of this supposed crime there was ‘not the slightest chance of a conviction’ before a jury. He discharged John into the care of his wife, a laundress working from premises in Portland Grove. Hopefully she would be able to look after him but what he really needed was specialist mental health treatment and in 1850 that simply wasn’t available to the likes of him, unless he wanted to take his chances with the workhouse  or Bedlam.