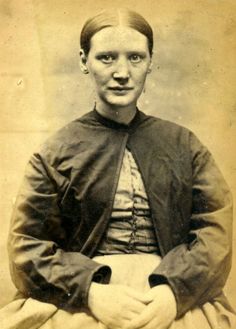 Drunk and disorderly was by far the most common offence to be dealt with at the Police courts of the metropolis in the Victorian period. Thousands of men and women were brought before the city’s magistracy, usually after an uncomfortable night in the cells of a station house, to be admonished, fined and/or sent to prison for a few days or weeks. The worst nights for drunkenness were Friday or Saturday but it was a perennial problem, one we have not managed to solve today either.

Some of the drunks encountered by police officers would have sloped off to their homes when politely but firmly asked to do so, and quite a few of them were otherwise ‘respectable’ gentlemen and clerks who had just enjoyed one or two many beers or glasses of wine. These weren’t really the  concern of the magistrates, they concentrated their attention for the most part on the regular offenders, on those women for whom ‘disorderly behaviour’ was  simply code for prostitution, and the violent brawlers who squared up to police (or each other) outside one of the capital’s very many waterholes.

The catch-all offence of ‘disorderly’ brought defendants into court who, whilst clearly drunk, would probably today be seen as need to help, not punishment. Mental illness was not as well understood in the 1800s as it is today and society was certainly not as tolerant of ‘difference’ as we are. So the case of Amy Anderson is instructive.

Amy was a young woman, perhaps in her twenties, who was constantly in and out of prison in the last quarter of the century. In January 1888 she was put up before Mr Newton at Marlborough Street Police court on a charge of disorderly behaviour in Regent Street. This was a normal experience for Amy who gave a different name every time she was arrested. This time it was Lillie Herbert, a few months earlier it had been Tot Fay, but there were plenty of others. Giving a false name was a common enough ruse for criminals and streetwalkers who hoped that they would avoid a stiffer penalty if convicted (calculating that the courts would not link their previous convictions together).

I’m not sure Amy (Or Lillie or Fay) was a prostitute but she may have been. Regent Street was a notorious haunt for sex workers in the nineteenth century but it was also a place where single women would go shopping (and so sometimes be mistaken for prostitutes). Amy was dressed elaborately and this had drawn the attention of two other women. An argument had ensued and words and blows had been exchanged. At the point the police arrived – in the person of PC James (37 CR) – it appeared that Amy was the aggressor and she was arrested.

In court under questioning Amy’s responses suggest a person struggling with mental illness. She denied any wrongdoing and told Mr Newton that the other women had picked on her because of her ‘conspicuous dress’. She angrily declared that ‘her mamma would not tolerate such conduct, she was sure, and she would be sorry if she got to know about it’. This exchange – and most of the hearing in fact – was met with laughter in the court, clearly poor Amy was not being taken seriously and was held up by the paper at least as a figure of fun.

The gaoler was called forward to be asked if he recognized her.

‘Oh yes’, he testified, ‘she has been here very many times, as well as at Marylebone, Westminster, and other courts. On the 3rd of last month she was fined 40s for drunkenness and disorderly conduct in the streets and in default she was sent to prison for a month’.

So Amy had spent most of December 1887 in gaol and it had taken her less than a fortnight to find herself up on a charge again in the New Year. Mr Newton turned to her and dismissed her protests, telling her to find two sureties of £10 each to ensure she behaved herself for six months. There was no way Amy could provide such assurances or such wealthy ‘patrons’.

‘Oh what will mamma say?’ she sighed and was led skipping out of the dock with the laughter of the court ringing in her ears.  As the report put it: ‘in the afternoon she returned to her old quarters in Millbank’, meaning of course, the prison by the Thames (where the Tate Gallery now stands).