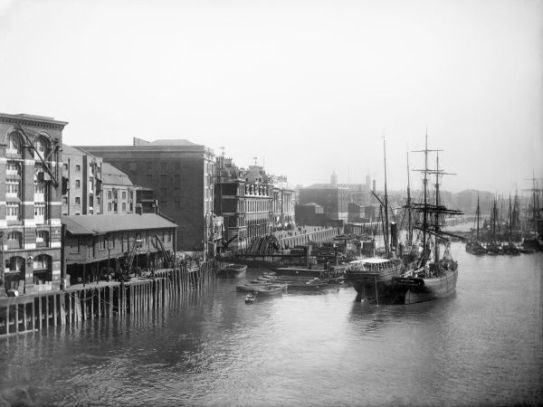 One of the subjects that continues to fascinate my undergraduate students is infanticide. Almost invariably they approach the topic wanting to understand how a mother could deliberately murder her newborn baby. Looking through the very many cases that came before the Old Bailey they are understandably shocked at the stories of women who cut their infant child’s throat, or smothered it at birth, before dumping the body in the nearest privy.

Without wishing to deny the reality that some mothers did kill their newborn babies I think most historians would agree that this was probably the exception rather than the rule in infanticide cases. Babies died in childbirth much more often in the eighteenth and nineteenth centuries, before advancements in medical care arrived in the 1900s. Most importantly the women accused were invariably single, poor, young and from the servant class. These young women had fallen pregnant and then had tried to conceal this from their families and employers, for fear of being condemned as immoral and, in the case of servants, being dismissed from service.

Illegitimacy is not an issue in most Western societies today. Very many people choose to live together before they marry and some do not marry at all yet still have children. This has been widely accepted in most communities in Britain since the 1970s if not a little earlier and the word ‘bastard’ has almost lost its original meaning.

However this was far from true in the 1800s, even if – as this case perhaps implies – London was seen as a more progressive city than some in Europe.

In December 1875 Samuel Whiffin was walking towards London Bridge on Lower Thames Street when he noticed a parcel lying near a doorway. As a policeman was approaching from the opposite direction Whiffin called him over and pointed out the package. PC Holly examined it and realized that it contained the body of an infant.

To his relief the baby was alive but very cold, so PC Holly carried it off to the Home for the Houseless Poor. This charity provided ‘nightly shelter and sustenance to the absolutely destitute working- classes, who are suddenly thrown out of employment by inclement weather’.* Having been looked after by the charity the child was next taken to the Homerton Workhouse and the search for its parents began.

Three days later Jans Hans, a Dutch labourer living at 3, Walburgh Street, St George-in-the-East, was brought before Sir Robert Carden at  Mansion House to be examined concerning the abandonment of the child. He was accused along with his sister, who was in St George’s hospital and too ill to attend.

The court heard the evidence of PC Holly as to the finding of the baby and then from a Mrs Plaggenine, a German woman who was landlady to Hans and his sister. Sir Robert was interested in the revelation that the siblings shared a single room in the property, and intimated that this was not normal. Mrs Plaggenine ignored, or did not understand, the magistrate’s question, but the suggestion of incest was left hanging in the air.

The policeman that had arrested Jan Hans questioned him about the child and reported that the man had admitted leaving it in the street on the previous Thursday. Hans told him that he had set the child down then retired to a safe spot where he could watch to see that someone stopped and rescued the baby. He had tried advertising the baby for adoption but had no success.

Hans and his sister were desperate, the Dutchman now explained to the alderman. They were very poor and couldn’t afford to raise a child. His sister had traveled from Holland ‘to be confined’ (to give birth) because the father refused to take responsibility for it. He added that ‘such things were a disgrace there’.

Presumably because Jan lived and worked in London this seemed like a good solution to Hans senior. If he sent his daughter to England she could give birth and the child would be brought up by strangers in a strange country but at least his family’s reputation would be protected. The child had a lucky escape and it is hard to imagine the mental state of Hans’ sister who seems to have been almost entirely left out of the decision-making process. She was ill in hospital while her brother disposed of her baby and the alderman magistrate cast further doubt on her morality by suggesting it was the product of an incestuous relationship.

Jan Hans was remanded in custody so that the courts could decide what to do with him and his sister. If they couldn’t and wouldn’t care for the baby (and no adopted family could be found) then it would grow up in the workhouse like Oliver Twist, perhaps never knowing of it Dutch heritage.

One thought on “‘Such things are a disgrace there’: A Dutchman tries to save his father’s shame by dumping his grandchild on the streets of London”