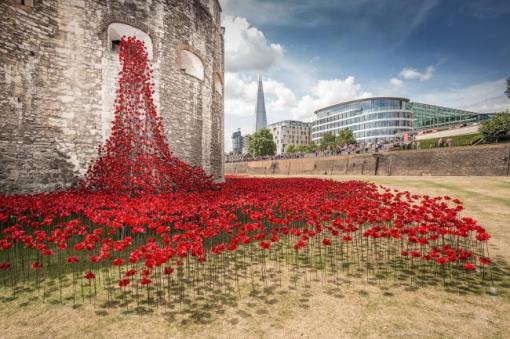 This morning we remember the fallen of all conflicts but with particular focus on the 100 year anniversary of the end of the First World War. There has been a great deal of emphasis on those that lost their lives in the so-called ‘war to end wars’ with a powerful lightshow at the Tower of London and a count of the dead across the advertising screens in Piccadilly Circus. Across the country and across the world ordinary people, politicians, and members of the armed forces (serving ones and veterans) have been marking the armistice that was signed in 1918 on a railway carriage in France.

There have been some discordant voices; criticism has been aimed at those not wearing poppies and the president of the USA chose to avoid getting his hair wet rather than attending a ceremony to mark the sacrifice of the ‘doughboys’ who did so much to bring the conflict to an end on the Western Front.

In 1899 (21 years before the end of the First World War) Britain was embroiled in a smaller colonial conflict in South Africa. The Boer War (as it was called then) ended up in a  victory for the Queen’s forces but for a while the irregular farmers of southern Africa embarrassed the finest army in the world. At home patriotism was high and there were joyful celebrations of victories, along with outpourings of sadness at the loss of life amongst the troops that sailed halfway across the world to defend the Empire.

The Reverend Francis Allen Minnitt was someone who objected to the sacrifice and believed, as a significant minority did, that the war was unnecessary. These sentiments were to voiced in 1914 and throughout the ‘Great War’ by those who for political, religious or moral reasons argued that war was wrong, or that ‘this war’ was wrong.

Rev. Minnitt had set himself up to speak in Betterton Street, Westminster and a crowd of (mostly) boys had surrounded him. The minister had been working with young boys in London for some time, trying to help the poorest avoid the temptations of crime and immorality, through education and work. But now he was also condemning the war and the men at the top of society that had sent so  many men off to fight and die in the Transvaal.

‘An awful responsibility rests on those that who have brought this war about’, he told the crowd.

The crowd didn’t like it. Several of them started heckling him, and two women argued and started fighting each other. Several of the boys had been at the Lord Mayor’s Show earlier and tossed a few of the apples they had filched at him. PC 352E was perambulating his beat and soon realised that the reverend was in trouble. Pushing his way through the crowd he grabbed hold of the cleric and asked him, none too politely, to ‘come along’ with him.

Rev. Minnitt was unhappy about the constable’s then but was eventually pulled away and then arrested  for causing an obstruction. On the next morning (the 10 November 1899) he was presented at Bow Street Police court where he protested taht he’d been doing nothing wrong. Mr Marsham (the presiding magistrate) told him that he had been chasing an obstruction  and, if the constable’s testimony was accurate, was also at serous risk of injury himself.

‘He spoke too harshly. He pushed me along, and I wanted to retire with modesty and dignity’.

Unfortunately for him he got little sympathy from the court and the public gathered there, who struggled to stifle laughter as the clergyman spoke.

‘You were making a speech which was not agreeable to the people that heard it’, Mr Marsham explained, ‘and the constable took you into custody to prevent you being attacked’.

He went on to add:

‘I think the constable was quite right. Our soldiers in the Transvaal are fighting their country’s battles , and it was indiscreet of you in a mixed assembly of this kind to say anything about the war’.

The reverend made another little speech and again complained that the policeman might have been gentler to him but promised not to repeat his offence in future, and so he was discharged.

In 1902 there were large celebrations in London and other British cities to mark the final victory against the Boers. The war caused serious concerns at home at the state of the health and fitness of those recruited to serve in the armed forces. Poverty and its consequences were evident in the men and boys that went to war, and no amount of jingoism could cover the fact that it was a costly and far from certain victory. Within just 12 years Britain was again at war, this time in a conflict that would claim many many more young lives.

At the going down of the sun, we will remember them.