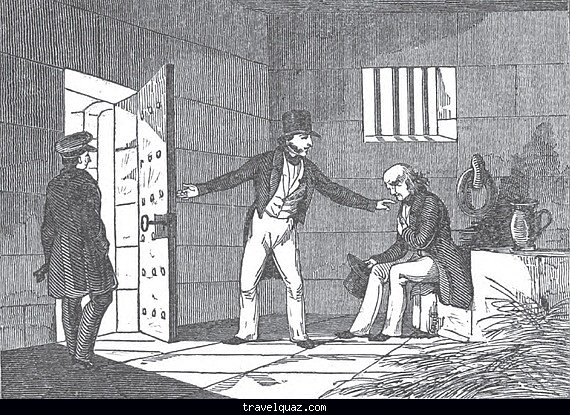 It is fairly unusual to find a case about bigamy in the summary courts of the capital. Accusations that an individual was already married must have been reasonable common given the reality that working class men and women cohabited quite frequently in the 1800s, and the Old Bailey heard over 1500 trials for bigamy between 1800 and 1900. Of those close to 85% resulted in a conviction and most (515 out of 1305) took place in the last two decades of the century.

In 1846 there were 12 cases and only Robert Furness escaped a guilty verdict. You may be surprised to discover that a conviction of bigamy could earn you a sentence of transportation overseas for no less than seven years. All of the accused in 1846 were men but women could also be prosecuted.

However, as I suggested they don’t often appear in the newspaper reports unless, as in the case of Charles Brindley, they were unusual. Brindley, a Spitalfields silk manufacturer, was brought up at Worship Street Police court in September 1846 and accused of several counts of bigamy. The court was told he had no less than four wives but little detail was produced.

Brindley then confessed to marrying twice without either wife being aware of it. This should have led him to face trial but the magistrate released him, so why did do this? It seems that along with the accusation that he was a polygamist Charles Brindley was in serious debt. An officer from the Sheriff’s court was after him and he seems to have confessed to bigamy to avoid being thrown into debtor’s prison.

If that was his ruse it didn’t work; as he left the court the Sheriff’s man was waiting for him and he was led away to face his creditors. Should we feel sorry for him? It seems that he made a lot of promises he couldn’t keep, both to those he traded with and to the women he formed relationships with. In the end it all unraveled and Brindley would be ruined. So I have some (limited) sympathy.

Just two years before Brindley was arrested by the Sheriff’s man the liability that would lead you to debtor’s prison was set at £20 (a significant amount) and this went some way to saving thousands from the horror that Dickens’ experienced as a child. Following a change in the law in 1869 the number of people in debt was cut significantly but individuals could still be sent to gaol for up to six weeks (if not indefinitely any more). Even in the early twentieth century there were still close to 12,000 in prison for debt. Theoretically you can still go to prison for debt but it is thankfully highly unlikely.

2 thoughts on “Is it better to plead guilty to bigamy than risk prison for debt?”