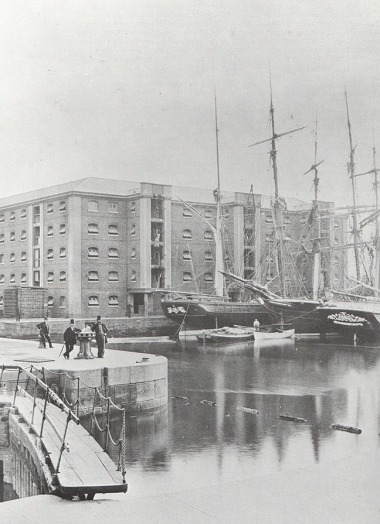 All sorts of things come up in the reports of cases at the Metropolitan Police courts. These really were quite diverse in the areas they covered; while the bulk of the reported cases were thefts, assaults, drunk and disorderly behaviour and vagrancy there are also numerous examples of the regulation of trade in the capital and at its docks. These may not be as ‘sexy’ or as exciting as murders, robberies and cunning frauds, but they do offer us an insight into contemporary life in a way that isn’t often repeated elsewhere.

Take this case for example: In September the presiding alderman at Guildhall Police court called the attention of the superintendent of the City of London police to a practice he had heard about and thought needed investigating. 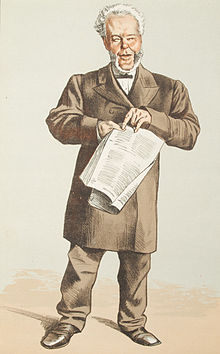 Sir Andrew Lusk (left, from Vanity Fair) told Superintendent Foster that a complaint had been made to him about a firm importing honey which had deliberately mislabelled the crates containing their produce. Clearly worried about dockers and porters casually throwing the boxes around without due care and attention they had inscribed the cases with the legend ‘Dynamite: handle with care’.

The magistrate could see the purpose behind the subterfuge but was worried none the less that ‘it was the old story of the wolf’; once it was realised that the crates contained honey and not explosives there was a very real danger that actual imports of dynamite would be treated with reckless abandon!

He ordered the superintendent to ask the Customs staff to investigate the matter and have a word with the honey importers to ensure such misdirection didn’t lead to a potentially disastrous accident on the docks.

I’m sure today that honey and dynamite are not imported in the same sorts of containers or unloaded in the same manner. Those were less health and safety conscious times of course.