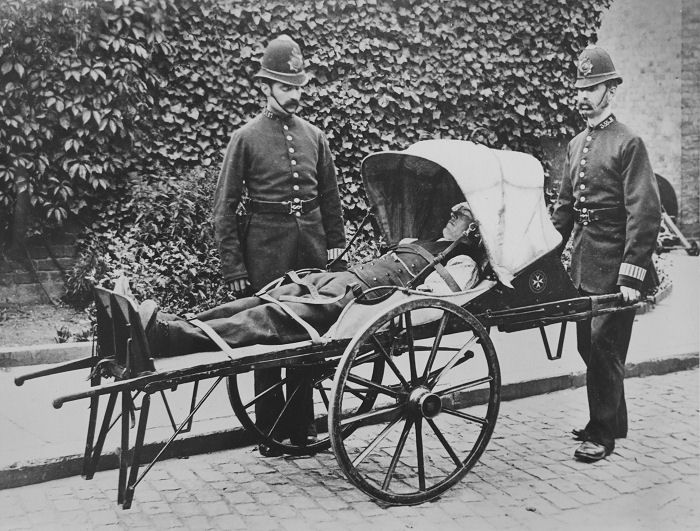 A year after the Ripper first struck in Whitechapel the problem of vulnerable, often homeless, ‘streetwalkers’ remained. The police had urged all of the East End’s prostitutes to refrain from trading in the aftermath of the ‘double event’ (when both Liz Stride and Kate Eddowes were murdered on the same night in September 1888) but that was hardly likely to be a request that was complied with for very long. The vast majority of London’s sex workers were forced – by their bullies or by circumstances – to prostitute themselves, and very few could afford the luxury of being able to bring a client back to their rooms.

Elizabeth Sinclair may not have been a prostitute but she had certainly fallen on hard times and existed in the liminal space between legitimate and illegitimate work. Once upon a time she had been ‘a successful music-hall artiste’ but in late August 1889 she was mentally and physically unwell.

On Monday, the 26 August, she was found wandering in the streets in the early hours of the morning. She was dressed in just a ‘man’s old flannel shirt, and a ragged black skirt, wrapped tightly around the lower part of her body’. She had no shoes or stockings on. This was not a ‘normal’ or ‘respectable’ look for the late 1800s.

She was picked up by a policeman (PC 37C) who discovered her lying on her back and screaming at no one in particular in Compton Street. Elizabeth was quite drunk and abusive. Seeing she was incapable he decided to take her back to the police station but she wasn’t keen to walk, and told him to ‘fetch his barrow’ (meaning the Bischoffheim handcart the police used to ferry bodies, like that of Polly Nichols the previous year)*. The constable got her back without the ambulance and she was booked into a cell for the night.

In court she was loud and antagonistic, as I imagine she was at the station. The court was told she was regularly up before the magistracy, was suffering from an incurable disease (which may have been syphilis), and was an unrepentant drunk.

‘The most merciful thing I can do for you is to send you to prison for a month’, Mr Hannay told her.

‘I do not care whether you give me forty months’ Elizabeth declared from the dock.

‘Why don’t you send me up for six while you are about it?’

As the duty officer dragged her away to the cells she cried out: