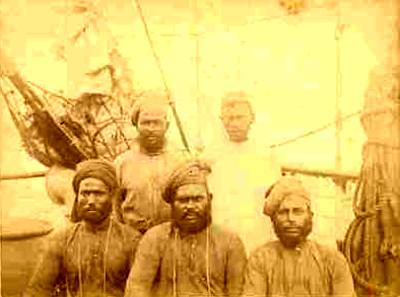 Since the 1980s London has lost what remained of its working port on the Thames. The massive docklands development wiped away the last vestiges of warehouses and quays and transformed the area into smart housing, commercial centres and leisure outlets. It is still possible to see some of the buildings that survived the Luftwaffe and the developers but often they are little more than a façade and their function has changed.

In the 1880s however London was still a bustling port, the greatest in Europe if not the world. Thousands of ships were loaded and unloaded here, and teams of stevedores directed gangs of dockers in hard manual labour to bring in products from all over the Empire and the rest of the globe.

It wasn’t only the goods that were imported: the docks teamed with people from all over the world – Portuguese, Cypriots, Chinese, Arabs, American, Africans and south east Asians amongst them – a reminder that London has been a multi-cultural society for well over 150 years.

Most of those that were not white were collectively known as Lascars. Most of these were from India and many from Gujarat and Malabar or from what is now Bangladesh. They were recruited in large numbers to serve on British registered ships but often treated poorly by comparison to white European sailors. Lascars were paid less and often left virtually homeless while they waited to get a ship back home. The shipping companies treated them so badly because the lascars had a reputation for being ‘trouble free’. I would imagine that contemporary racism played a part in all of this as well.

Before we dismiss the lascars as submissive however here is an example of them standing up en masse and, while it was ultimately unsuccessful, it demonstrates that they were more than capable of doing so.

In early July 1884 four lascars sailors were brought before Mr Philips at West Ham Police court charged with being the ringleaders of a mutiny on a British vessel docked in London. The formal charge was that they had refused to obey their captain, William Turner of the Duke of Buckingham, a steamer operated by the Ducal Line Company.

The ship’s crew was made up of 45 seaman, all ‘coloured’ who had signed articles in January 1884 to serve on the Hall Line’s steamer Speke Hall, for a year. The ship docked at Liverpool for repairs and the owners decided to transfer the men to the Duke of Buckingham while they were completed. When the crew reached London and discovered that this ship was headed for India via Australia they protested. Some argued that their contract (articles) was with the Hall Line not the Ducal Line while others complained that the journey would be too long, and they would be beyond their 12 months of employment.

18 of the 45 men refused to work and four were identified as ringleaders and arrested, hence the court appearance in West Ham. The four were: ‘Amow Akoob a serang, Manged Akoob, a tindal, and Fukeera Akoob and  Adam Hussein, Lascars’. ‘Serang’ probably meant that Amow Akoob was a captain or boatswain while Tindal is a town in Tamil Nadu in southern India.

Perhaps unsurprisingly the English magistrate wasn’t about to get deeply involved in an industrial dispute. He pointed out to the men that at the current time they were under contract and warned them that they were liable to ‘penalties’ if they and they rest of the crew continued to refuse to work. In the end the four men decided that they’d made their point and had little to gain by continuing their protest. They agreed to return to work and were discharged.

We have heard a lot about Caribbean migration this year, with the anniversary of the arrival of the Empire Windrushand the revelations of the Home Office’s scandalous treatment of some of their descendants. Immigration is often seen as a mid to late 20thcentury phenomenon, a product of the end of empire. But for London, and other port cities like Bristol and Liverpool, immigration has been part of the fabric of our history and our success for hundreds of years. London is built on the backs of migrant labour – migrants from all over Britain, Europe and the World; migrants of all nations, all races and all faiths. If we could analyze London’s dna it would reveal us to be the children of a global trading people and that is why it is the greatest city in the world.