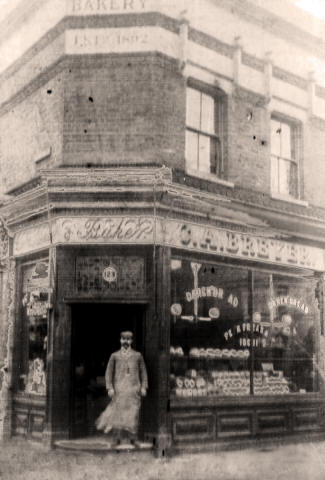 In late May 1891 Franz Joseph Munch, a 31 year-old baker living in Bermondsey appeared at Southwark Police court to answer a charge of murder. According to the policeman that arrested him he had shot a Mancunian named Heckey who had been making his life a misery and who, he believed, had been stealing from his employer. On his way to the police station the German asked Sgt. Ayerst (of M Division, Metropolitan Police) how badly injured the other man was.

‘I think he is dead‘ the sergeant replied.

‘A _______ good job‘, responded Munch (and we can imagine the deleted expletive), ‘he called me a German bastard‘, adding ‘I suppose I shall swing for it in a month‘.

The papers dubbed the case ‘the Bermondsey Murder’ and Munch was hauled off to prison to face a trial at the Old Bailey.

Munch was tried at the Old Bailey on the 29 June 1891. Much of the evidence was repetitive (as trials often are) and concerned the events of the night Hickey died. He and a friend (an engine named Joel Dymond) had been drinking in the Lord Palmerston pub opposite Mrs Conrath’s bakery where Munch was employed Several people saw Hickey and Dymond cross the road to the bakery.

Hickey got out his key and entered the building. Almost immediately there was a bang and a flash and Hickey staggered out on two the street and collapsed. He’d been shot and Munch followed him out holding a gun in one hand and a knife  in the other. He was quickly overpowered and led away; Hickey was taken to the pub where he died before medical help could arrive.

The key to the story is Bridget Conrath, the bakery’s proprietor. She was Hickey’s cousin and, for some time at least, Munch’s lover. It seemed that when Hickey arrived in the capital from Manchester he was looking to start his own business and perhaps he had designs on his cousin’s. He certainly didn’t approve of her relationship with a foreigner and it plain. He insulted Munch at every opportunity and refused to be in the same room as him.

Hickey also moved to get the German baker the sack, insisting that Bridget get rid of him. In the end she was persuaded (perhaps by force or familial pressure) to give Franz his notice. She didn’t want to she told the court, and it had a terrible effect on Munch. He’d proposed to her and she rejected him but they’d stayed close friends and she valued him as an employee. He was trusted with the shop’s money and perhaps he’d noticed Hickey helping himself to the takings as he swanned around the place. When Bridget gave him his marching orders he got drunk – the only time she’d seen him lose his control in all the years she’d known him.

In the days leading up to the murder Munch was also suffering from tooth ache and this physical agony, combined with the upset and shame of losing his job and seeing the woman he loved being manipulated by a racist bigot probably pushed him over the edge.

The jury clearly thought so. They found him guilty (as he undoubtedly was) but recommended him to mercy on the grounds of provocation. The judge donned the black square of cloth and sentenced Franz Joseph to death.

Munch appealed his sentence to the German Embassy but they did nothing to help him. He’d left Germany to avoid being conscripted into the army and having supposedly abandoned his country, his country left him to die at the end of James Berry’s rope. He was executed on the 21 July 1891 at Wandsworth Prison.