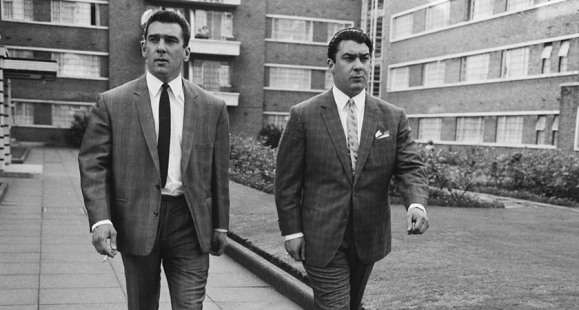 The long firm fraud – where a criminal organisation sets up a seemingly legitimate business (such a distribution warehouse) for illegitimate purposes – was a noted practice of 1960s gangsters like the Kray brothers, Reggie and Ronnie. The deception featured at the heart of Jake Arnott’s 1999 novel about the fictional criminal gang leader, Harry Starks. But long firm frauds weren’t new in the 1960s as this case demonstrates, they were well known in the 1880s if not earlier.

William Hammond (an agent in the leather trade) appeared at Worship Street Police Court in March 1883 charged with ‘having conspired [with two other men] to cheat and defraud Samuel Chittick by fraudulently removing certain goods with an intent to prevent an execution for an unsatisfied judgement’.

In layman’s terms what this meant was that Hammond had run up large debts (to the tune of £167 the court heard) and Chittick had been forced to take him to law to recover his money. Hammond operated out of premises on Kingsland Road in north-east London but when a sheriff turned up to remove goods and chattels to the value of the debt he ‘found them empty’.

Chittick’s lawyer declared that he would prove that Hammond had:

‘actively assisted in removing the goods, leather and machinery, and further that he had said Mr Chittick would not get a farthing of his money’.

But there was more the lawyer insisted. He didn’t believe that Hammond’s co-accused (a man named Thomas Marshall) was as culpable, the real villain was the leather salesman.  He told the magistrate – Mr Bushby – that he could prove that Hammond had set up the business as a fraudulent venture. Marshall had already been convicted in the previous year of fraud at this address but now he was able to provide evidence that Hammond was the main operator. It was Hammond who had set up the false business and installed Marshall to run it.

He said that ‘goods were obtained merchants ostensibly for the purposes of legitimate business, but instead of the goods being used in the way of fair trade, they were removed in bulk from the premises soon after delivery, and sent to a firm carrying on business as Lodes and Son at Norwich, and sold under cost price’.

This was, he hoped Mr Bushby would official record, a ‘mere “long firm” swindle.

Hammond had escaped the law for some time by relocating himself to Norfolk but had made the mistake of suing a local newspaper there for libel because it had accused him of carrying on  similar racket in Norwich. This backfired and he had been arrested and convicted there. After his conviction he had been handed over the Metropolitan Police who were keen to question him about the Kingsland Road case.

Several people testified to the truth of the lawyer’s allegations and the magistrate remanded Hammond in custody, waiving away the prisoner’s request to be granted bail. Hammond was eventually tried at the Old Bailey in April that year. He was convicted and sentenced to nine months imprisonment at hard labour.