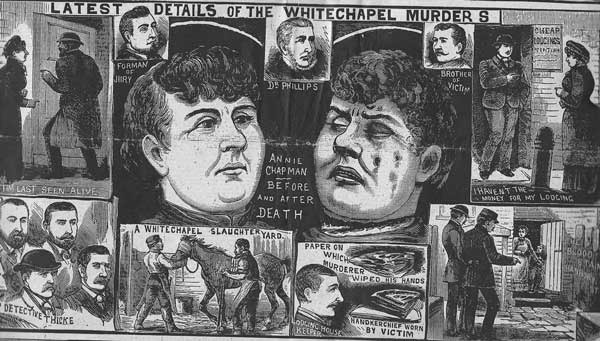 It was half-past midnight on the morning of Friday 7 September 1888 and police constable Henry Matthews (of H Division, Metropolitan Police) was walking his beat. It was a fairly normal duty for PC Matthews but he must have been on some level of heightened awareness given that just a few week earlier the mutilated body of Mary ‘Polly’ Nichols had been found in Buck’s Row.

If the death of ‘Polly’ had deterred some local women from trying to earn a small amount of money by prostituting themselves it certainly hadn’t had that effect on Margaret Sullivan and her companion. When PC Matthews turned into Church Lane Whitechapel he found the pair talking loudly and probably soliciting trade. Matthews told them both to move along or go home and while one did, Margaret refused and gave him a mouthful of invective.

She was apparently a well-known character to the police and was alter described in court as ‘violent and dangerous’. She certainly was violent on this occasion, launching an attack on the policeman and forcing him to call for help. When PC 354H arrived they were able to get under control and took her to the station.

It was not without a struggle though in which PC Matthews was bitten and both men were kicked as they manhandled Margaret into custody. When up before the Thames magistrate in the morning, Margaret’s previous criminal record was revealed; she had once served 18 months for assaulting a warder (presumably while already in gaol for some form of drunken and disorderly behaviour). The charge this time was assault and using foul and obscene language, a very common prosecution heard at Thames.

Mr Lushington sent her to prison for a further six months and inadvertently saved her life. The very next morning (the 8th September) another dead woman was found, this time in a backyard of a property in Hanbury Street. Her name was Annie Chapman, the second canonical victim of ‘Jack the Ripper’.

As a postscript I have found a Margaret Sullivan in the Thames Court Register I have been using for some research closely related to this blog. In May 1881  a ‘Margaret Sullivan’  was brought before Mr Saunders charged with being drunk and incapable. He fined her 2s 6d which she paid. She was 21 years of age. If this was the same Margaret Sullivan then by 1888 she was probably 28 and clearly not much wiser. She was off the streets though and safe from ‘Jack’.