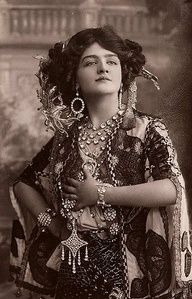 A murderer and a villain,
A slave that is not twentieth part the tithe
Of your precedent lord, a vice of kings,
A cutpurse of the empire and the rule,
That from a shelf the precious diadem stole,
And put it in his pocket—
Shakespeare, Hamlet, Act 3, Scene 4

When Samuel Ford stood in the dock at the Thames Police Court he was flanked on one side by the prosecutor, Peter Stephens, and on the other by a woman whose name was given as Mrs Bullock. Ford was charged with theft; specifically the theft of ‘a shirt and other articles belonging to Stephens. In court Ford was defended by Mr Pelham while the prosecution was conducted by Stephens himself.

Stephens explained that until recently he had lived with Mrs Bullock (who was not his wife) at his home in Eltham Place, Stepney. Ford was a friend of his, he told the magistrate (Mr Yardley) and when he heard that he had been turned out of his lodgings he invited him to come and live in his rooms until he got another place.

It was an act of kindness but it rebounded on him. It very soon became clear that Ford and Mrs Bullock were getting closer and within a short space of time, he had ‘undermined him’ in her ‘affections’.

However, this had not been noticed at by Stephens and so when he left home early on a Saturday morning and did not return until midnight on the Sunday he had no real suspicions about the couple. Imagine his shock then when he got back to find that ‘his friend and his mistress had taken French leave’*. Not only had they fled but they had taken some of his property with them.

As Pelham cross-examined the prosecutor an alternative view of the relationship between Mrs Bullock and Stephens emerged. It seems that her mother had given them quite a lot of help in the form of (quite possibly money) and domestic goods and other ‘gifts’. Ford’s lawyer suggested that Mrs Bullock’s mother had recently given them a clock  and other things, which the eloping couple had taken with them.

Mrs Bullock was, it seems, something of a character. In court she was described as a ‘handsome, well-dressed’ but rather bold-looking woman, whose beauty was of the gipsy kind’. She intervened in the course of the cross-examination and at several points reportedly shook her parasol in Stephens’ direction. Mr Yardley was forced eventually to tell her to be restrain herself.

Mr Yardley didn’t appear to have much more time for the prosecutor though. He discovered that Stephens had met up with Mrs Bullock (a widow with three children) whilst he was on his travels with a rifle show. Perhaps the magistrate felt that he had reaped what he’d sown by picking up a gipsy woman at a travelling fair; maybe he simply regards the whole sordid thing as a ménage à trois which he would have preferred never to have demeaned his courtroom.

In the end there was little the justice could do anyway. It was clear that Mrs Bullock did not want to live any longer with Stephens and had instead chosen Ford as her new ‘paramour’. Stephens had benefited from the relationship materially and in other ways for nine months, but had never made the woman his wife. Ford had stepped up and asked her to marry him so she and her children would have the respectability and stability she desired.

As for the stolen property well, ‘the shirt alleged in the charge-sheet was made and sent up by Mrs Bullock, and as that lady has made her selection [in choosing Ford over Stephens]’ the magistrate declared, ‘she has a right to dispose of it as she pleases’.

‘It is a shockingly immoral case altogether’, he concluded. ‘Let them go away. Give the prosecutor the shirt, the woman the clock, and the prisoner his liberty’.

The reporter finished his article by stating:

‘The woman went away in triumph, hanging on the arm of her new paramour, who, in outward appearance, was not a “twentieth part of the tithe of her precedent lord”.’

*French leave: ‘to go away without permission’ (OED)